Continuous-Effect Reserves allow all clan players except Reservists to earn more credits and experience in battles. 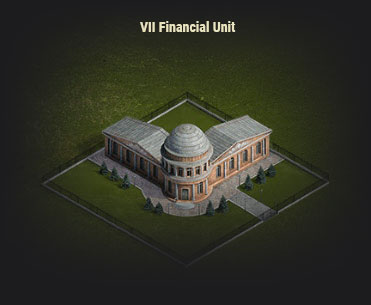 For more information on Reserves and the bonuses they provide, see the Reserves section.

Before a Reserve can be used, it should be prepared first. To prepare Reserves, our clan builds structures in our Stronghold (see Structures for more details).

The level of a structure is a crucial indicator that determines the level of a prepared Reserve. The higher the Reserve level, the more bonuses it provides to players. To prepare high-level Reserves, clans have to upgrade structures, i.e. raise their levels.

To build and upgrade structures, as well as prepare Reserves, clans use Industrial Resource (

) which can be earned in the Stronghold battle modes—Skirmishes and Advances.

Fighting in the Skirmish or Advance modes also brings credits and experience to players.

Skirmish is a Standard battle against a random enemy detachment. In a Skirmish, clans aim to win the battle in order to earn as much Industrial Resource as possible (for more details, refer to the Skirmishes section).

Advance is a series of battles for the enemy Lines and the Citadel.

The primary aim of clans in an Advance is to capture the enemy Citadel. If neither of the Citadels is captured, the clan that has more Lines under control wins the Advance.

Clans earn Industrial Resource both for each battle fought and each Line captured. The more Lines a clan controls, the higher the reward is at the end of the Advance (for more details, see the Advances section).

Clans can use One-Time-Effect Reserves to increase the amount of Industrial Resource earned in Skirmishes and Advances.

How Players Earn Gold in the Stronghold

Players can earn gold by taking part in War Games.

War Games is a Stronghold competition where clans can be awarded gold and high-level XI and XII Clan Reserves. Clans can take part in War Games every Saturday.

During War Games, clans earn points for certain achievements—for example, for each enemy vehicle destroyed. Depending on the number of points earned, clans take positions in the ranking. The position determines the amount of gold and Reserves the clan gets as a reward. The clan that occupies the first position grabs the top prize which can be, for example, 10,000 and six level XII Continuous-Effect Reserves (see War Games for more details).

What Permissions Clan Players Have in the Stronghold

The Clan Commander and Executive Officers are responsible for Stronghold development, namely for building and upgrading structures.

See the table below to view the permissions of all clan players in the Stronghold.